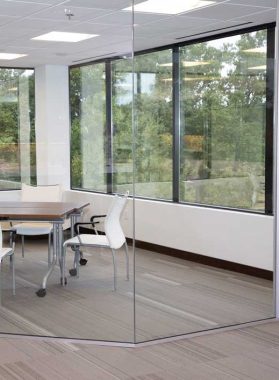 On August 2nd, 2019, Lawrence Ganim, CEO and Founder of Ganim Financial officially moved his business to R.D. Scintos’ Enterprise Drive in Shelton, Connecticut.  Ganim Financial had previously called Bridgeport home for nearly 34 years making this process, “one of the hardest decisions I’ve ever been faced with,” states Ganim.  On August 22nd, 2019, Honorable Mayor of Shelton, Mark A. Lauretti formally welcomed the Ganim Team to town at their Ribbon Cutting along with the Greater Valley Chamber of Commerce led by President, Bill Purcell. Lawrence Ganim founded Ganim Financial in 1985 with one basic goal in mind, “to add value to people’s lives.”  Ganim states that, “by helping one client, the ripple effect of that outcome can positively impact families, businesses, and communities for generations.”  He is very proud of his involvement in establishing the Ganim Ultimate Gift Fund as a Board member of the LifeBridge Organization as well as Park City Prep’s Annual Scholarship Award. Lawrence also serves on the Board of Directors for the Bridgeport Regional Business Council (BRBC) and is a past Chairman of The Bridgeport Chamber of Commerce as well as the Connecticut’s Zoological Society.  Professionally, Lawrence is a qualifying and lifetime member of the Million Dollar Round Table, The Court of the Table, and Top of the Table – the highest distinctions in the insurance and financial services industry.  He was also named a Five Star Wealth Manager in the State of Connecticut for a 6th time in 2018.  The firm’s areas of expertise include Wealth Management, Business and Estate Planning, Health and Employee Benefits, and Retirement Planning.

“We are excited to be in Shelton.  When we outgrew our space in Bridgeport and began shopping around for a new office, we became enamored with what Shelton and the R.D. Scinto Office Complexes have to offer, especially since we’re expanding and looking to attract new talent to our firm,” explains Ganim.  He went on to site his desire to add another Financial Advisor and Compliance position by years end.