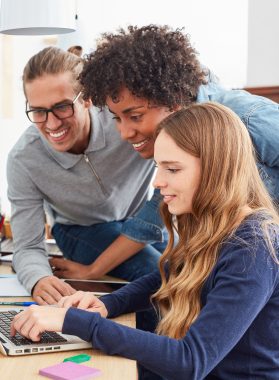 In the growing “gig economy,” individuals perform jobs on a one-off or short-term basis, typically through an online application or job marketplace. On April 29, 2019, the Department of Labor (DOL) issued an opinion letter addressing whether individuals working for a virtual marketplace company (VMC) are employees or independent contractors under the Fair Labor Standards Act (FLSA).

According to the DOL, the VMC described in the opinion letter provides a referral service—it does not receive services from the workers itself. As a result, the DOL clarifies that workers who use the VMC to provide services are independent contractors.

This opinion letter indicates that the DOL generally classifies gig workers as independent contractors. Opinion letters are specific to the situations presented, but employers can look to them for guidance on the DOL’s interpretation of the law.

The interpretation in this opinion letter may not apply to all gig workers if their circumstances are substantially different from the situation addressed in the letter.