Volunteering Can Be Good for Your Health 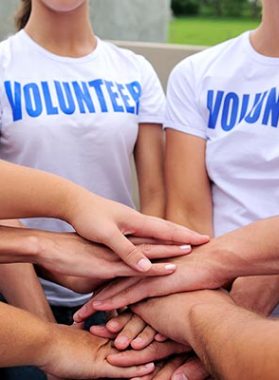 A recent study of more than 2,700 volunteers age 18 and older, conducted by United Healthcare and Volunteer Match, found that 75% of those who volunteered in the past 12 months said volunteering made them feel physically healthier. Retirees often concur, pointing not only to the need to remain active, but to find ways to interact with people.

According to an article in the Wall Street Journal, a much larger study involving more than 64,000 adults age 60 and older, conducted over more than a decade, found that volunteering slows the cognitive decline of aging. An assistant economics professor at Indiana University combined her data along with a decade-long retirement study from the University of Michigan, concluding that individuals who volunteer 100 hours a year score, on average, about 6% higher in cognitive tests than a non-volunteer.

The research also revealed that volunteering yielded a different, subjective warm feeling of well-being not present in paid work. While working on a project at a desk or doing a sudoku puzzle offers one type of intellectual stimulation, volunteers receive mental, physical and social stimulation simultaneously.

Dr. Sumedha Gupta, who conducted the largest study, advises seniors who are already volunteering to devote even more time if they are well enough to do so. She notes that the data shows that cognitive benefits result from as little as 2 to 2.5 hours of volunteering per week.